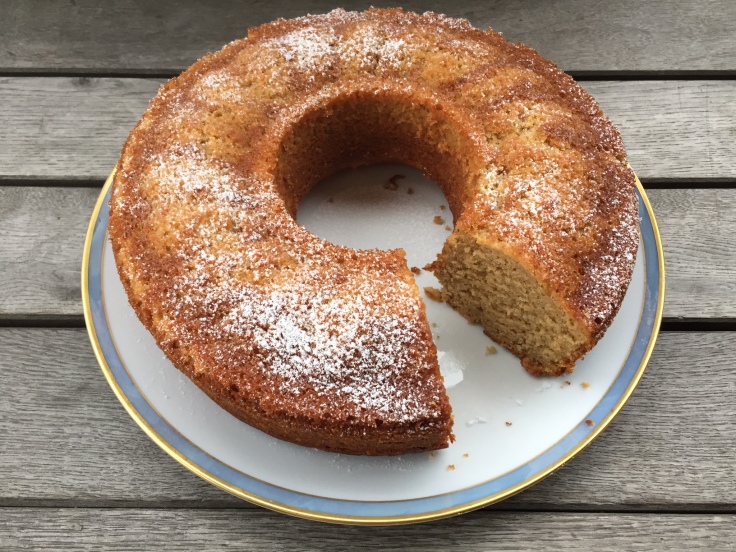 Oh my!! This cake is a real find. Super juicy and absolutely delicious. It matches the colder season with the apple sauce (where you could of course even prepare your own and not use a bought version) and with the hint of cinnamon, it slowly accompanies you into the autumn season.

Pour the batter into a pre-greased bundt form and bake for approx. 30-40 minutes.

Use a wooden skewer after 30 minutes to check if the cake is ready – if still doughy, leave in for another bit, if the skewer is dry, its ready.
Let the cake cool off and later sprinkle with icing sugar, if you wish.
Serve plain, with whipped cream or vanilla ice cream!

Note on the side:
If you don’t have grounded almonds, just substitute by adding more flour!